"Teach a man to fish, and he'll be fed for the rest of his life.
Teach a fish to man, however, and he'll never quite feel like he belongs." 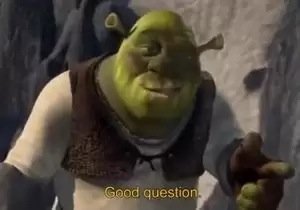 "Yo, Revenge, why should this character be in the Pantheon?"
Advertisement:

Hello all! I am DefRevenge24601, and I am a Troper here, if that weren't obvious enough.

I am a semi-regular roleplayer, although I can definitely become neglectful of an RP for a good amount of time.

I am a high school student, so yay for that, I guess.

Ah, I'm stumped. On to the normal Troper Page Stuff!

Is what I would say if I didn't have A SoundCloud to shill!

I make music in a bunch of different genres using a neat little piece of software called GroovePad!

And now, with a reinvigorated spirit, on to the normal Troper Page Stuff!

Time to hop on this bandwagon! No restrictions, just pure... Something.

Inspired by way too many Tropers at this point.

You know, for someone who doesn't do the shipping all that much, I have a surprising amount of ships that I like. So, away, we go!

And that's it, for now. I'll add more when I think of more.

I have played many a gacha over the years; It's my favorite genre. As I come across all the gachas I've played, or just remember my teams, I'll just record my teams or preferred units here.

When I get bored, or even when I'm not, I tend to make crack card ideas for Dragon Ball Z Dokkan Battle. This will be the place where I can keep and preserve these card ideas, for archival purposes and so people can see what I make. I also might take requests, too! Keep in mind, no art, only text, unless someone else wants to draw card designs for these.