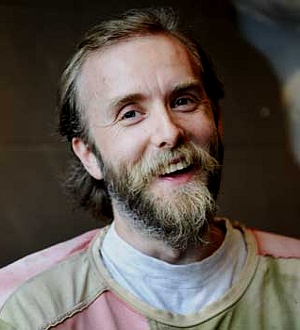 Here his humble hairyness himself ~Lock 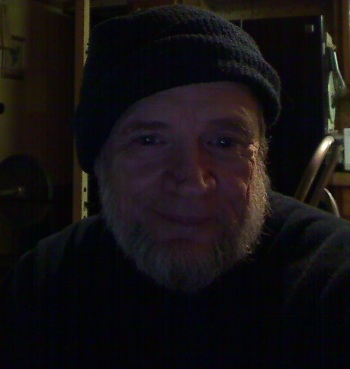 Black Wolfe is a Kindly Old Bearded Fisherman ~jcruz
"Fur is flammable."
-BlackWolfe, on why he tries to avoid flame wars.

Now I can be seen bouncing aroundnote like a superball coated with flubber between Forum Games, TRS, and Image Pickin', with occasional forays into other forums.

Like, for example, my Let's Play of a Newgrounds Game

over in Live Bloginationsnote I kept forgetting to fix that. Thanks for reminding me, Cliché.

BlackWolfe wants to play a game with you.

Look over there to the right. See that guy? The one with the long brown hair and the Grizzly Adams beardnote The beard is smaller now. My boss made me trim it. (sadface)? Take a close look at it. Look at the caption. If the caption is signed "~BlackWolfe" that is me.

If not, then someone has vandalized my page and replaced me with a look-alike! Change the caption to your handle and a message, and I will leave that in place until I've figured it out. If you want to jump in, but the picture is already changed by someone else, it's more polite to leave that picture in place and add yours below it, as was done when I couldn't bear to remove the You Tube Poop Legend Of Zelda image right away.

At that point, I'll change the image back, link to the substituted picture from the caption, and state who it was. In this way, you get to (literally) deface my page, and I get to go crazy trying to figure out who the hell is pretending to be me. Everybody wins!

Well, except my wife and roommates, who have to live with Crazy!BlackWolfe.

By the way: The original picture had me wearing a shirt that read "Watch More Anime". The new one is, sadly, just a plain black T-shirt.

Things I would rather get swallowed up by a hellmouth and forgotten:

If you were working on an AI, and it had access to the internet, what websites would you really worry about seeing in your browser history?
List of Pages CP 1 A is not allowed to browse

Vandalism goes below this point.