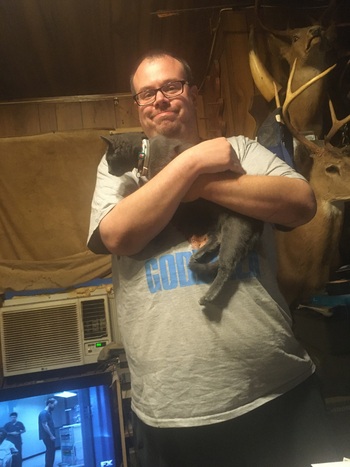 Me with my cat. Also, I'm wearing a "Team Godzilla" shirt
Advertisement:

Okay, very well, then. I like animation (both anime and Western animation), comics and manga, sci-fi movies, action movies. Hobbies include playing video games and partaking in Fan Art and Fan Fics. You can see my art here

and my fancasts can be seen there or here

Tropes that describe this troper:

Tropes that describe this troper's art:

open/close all folders
Properties That Interest Me
Ships I support

Pages this troper has created: