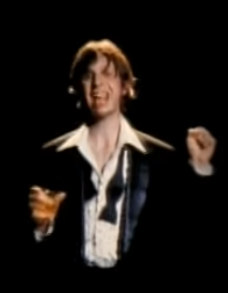 One image I have used to represent myself...for better or for worse.
"OI YOU! SHUT YOUR MOUTH AND LOOK AT MY WAD!"
— Harry Enfield's Loadsamoney (Doin' Up The House)

, and the start of something beautiful.

Hey there. Somehow you found me. Oh dear.

I'm Linn (or Thomas, whichever works) from Nevada, I'm genderfluid (you can call me a he, a her, a they, just as long as you don't call me late for dinner), and I am currently attempting to write ideas for a novel, a few webcomics, and a handful of games.

, a playlist of my favorite music and lyric videos

, and my exhaustive playlist of shitposts

. I used to have a Tumblr, but I don't anymore. Also, I have a Facebook and an Instagram, but I only use them occasionally. I have a Pixiv account and a DeviantArt, but I just use them to bypass the content filters.

Tropes that fit me:

An incomplete list of things I enjoy in no particular order:

An incomplete list of things I hate with all my life in no particular order:

<-TO BE CONTINUED-
Advertisement: