Trope Co / All Trolls Are Different
aka: Troll 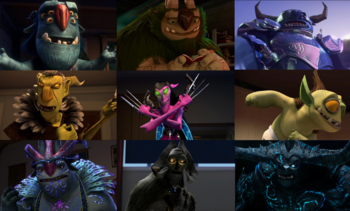 Comes in one of every Character Alignment.

From the makers of Animalistic Abomination™ and The Beautiful Elite™ comes the future in a long line of Trope Co.®-brand mythical creatures ready for production and distribution into your new Fantasy Land. Introducing Trope Co.'s® All Trolls Are Different™!

All Trope Co.® Trolls™ come in one in a variety of variations for a diverse collection.