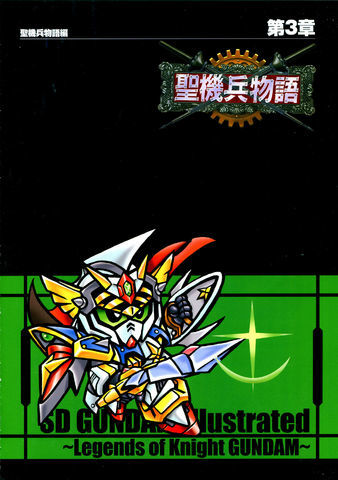 The Zeon Clan from SD Gundam Gaiden: Sieg Zeon Hen have been resurrected as the Neo Zeon Clan, and are attacking the kingdom of Dabat! Being chosen by Holy Machine Soldier Gunrex, Knight Gundam GP01 must now fight to protect both the kingdom and the Saddrac World!

An Animated Adaptation of the story was featured in Mobile Suit SD Gundam Festival. It also received a Mobile Phone Game Adaptation on 2010 in Seikihei to Kikoushin, alongside proceeding story SD Gundam Gaiden Kikoushin Densetsu.