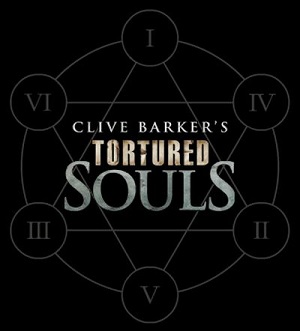 Be glad we didn't link you straight to the figures themselves.
O Agonistes, dark deliverer, make me in the image of my enemies' nightmares. Let my flesh be the stuff from which you carve their terrors; let my skull be a bell which sounds their death-knell. Give me a song to sing, which will be the song of their despair, and let them wake and find me singing it at the bottom of their beds.

Unmake me, unknit me, transform me.

And if you cannot do that for me, Agonistes, then let me be excrement; let me be nothing; less than nothing.

For I want to be the terror of my enemies, or I want oblivion.

The choice, Lord, is yours.
— Prayer of the Supplicant

The original six figures - Agonistes, the Scythe-Meister, Lucidique, Talisac, Venal Anatomica, and Mongroid - were all imagined as characters in the same story, and each toy was sold with a chapter of the short novella that Barker wrote to explain how they were all connected. The tale begins with the backstory of Agonistes, "The Secret Face of Genesis", and goes on to tell about his two newest supplicants: an assassin named Zarles Krieger, and Lucidique, the daughter of Krieger's latest victim.

The original novella has been transcribed here

. It's typo-heavy, but at least you don't have to buy all six action figures to read it.