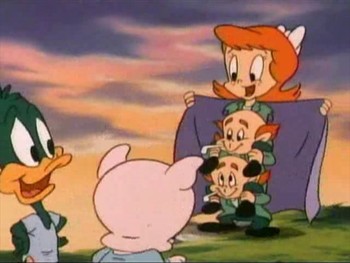 No, the one on top isn't really a girl.
Totem Pole Trenches in western animation TV.