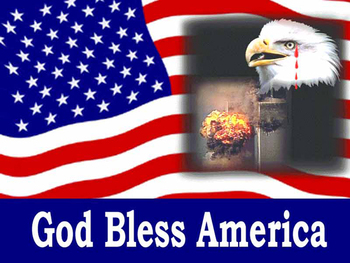 The day the eagle cried.

The terrorist attacks on September 11, 2001 changed everything on a domestic and international scale. Sadly, this also applies to what we watch, play, listen to, and read for entertainment.