Too Dumb To Live / Comic Books 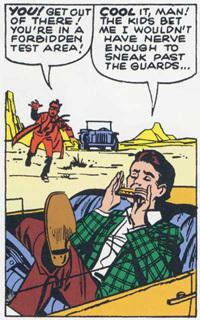 Yes, sure, trespass into the testing grounds of a Gamma Bomb because of a dare. What Could Possibly Go Wrong?