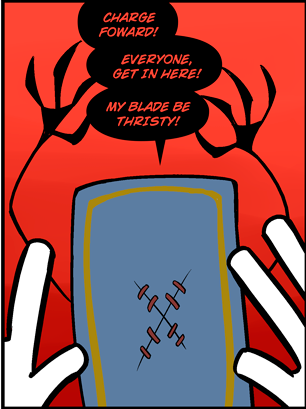 Before the nerf, these were three

you never wanted to hear when facing a Warrior.note actually the second one should have been "A fight? Count me in!", but it's not as memetic.

With a game with as many cards as Hearthstone, it was inevitable that some cards and decks would become infamous for dominating the game... and others for being worth more when turned into Arcane Dust.

of the cards that most players consider the worst in the game.
Both