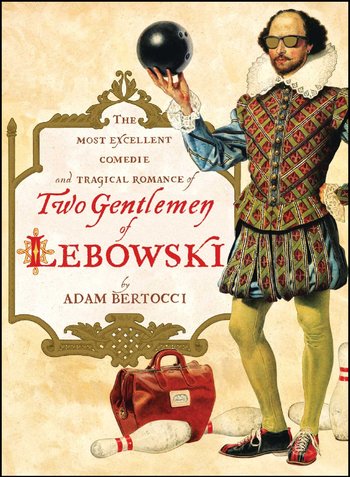 An original play by Adam Bertocci, published online, that plays out the cult film The Big Lebowski In the Style of... William Shakespeare.

In what has to be the one of the fastest turn-around times from publication to staging, it spread like a meme across the web starting with its public launch on January 6th, 2010. A sold-out off-off-Broadway production ran from March 18 to April 4.

Quite funny and faithful to the original movie and to Shakespearean storytelling. Formerly hosted on the author's website

; now being published as a humor book from Simon & Schuster.