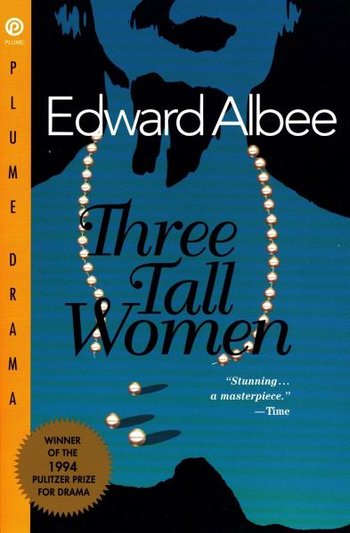 Three Tall Women is a 1994 play by Edward Albee.

The play opens with three women, identified in the script only as "A", "B", and "C". A is a querulous, bitter old woman of 92, in very poor health and sinking into the depths of senility. B is 52 years old, and serves as caretaker to A, assisting her into going to the restroom and getting into her bed and such. C is 26, and is a representative from A's law firm with some documents requiring signature. While B is patient and indulgent with A's crankiness and mental fog, C snarks disdainfully.

Act II reveals that the situation is actually completely different. A, B, and C are representations of the same woman at three different times in her life. C is appalled at the prospect of becoming cynical B in late middle age, B is condescending towards C while still puzzling at some of the choices A has made, while A, more coherent and freed from the prison of her flesh after she suffers a stroke in Act I, is more at peace than either of her younger selves.