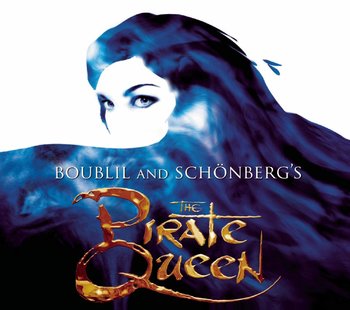 The Pirate Queen is a stage musical by Claude-Michel Schönberg and Alain Boublil, who also wrote the musicals Les Misérables and Miss Saigon. It's based on the life of 16th century Irish chieftain, Gráinne, or "Grace" O'Malley. It debuted in Chicago in 2006, going into an unsuccessful Broadway run that ended after only 85 performances.

It follows the life of Gráinne O'Malley, who's mainly called "Grace" throughout the musical, who dreams of becoming a pirate captain like her father, Dubhdara, but who is held back by her gender, since women are viewed as being bad luck on a ship. Grace successfully sneaks on board and distinguishes herself, also igniting a romance with Tiernan, a childhood friend, but the English, led by their new queen, Elizabeth, have their eye on England, and Grace will soon have to make the ultimate choice: Freedom or duty.