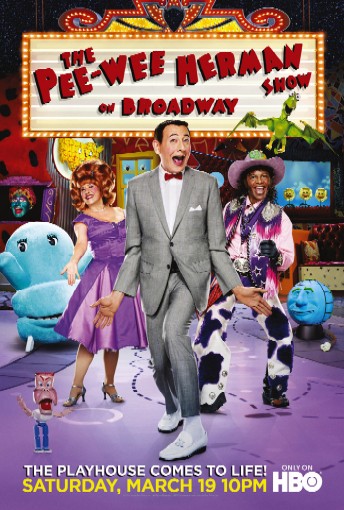 The Pee-wee Herman Show on Broadway was a 2011 theater revival of Paul Reubens' character Pee-Wee Herman, bringing the character full circle to the more adult theme of the original act. Pee-wee is back in the playhouse with all his friends once again.