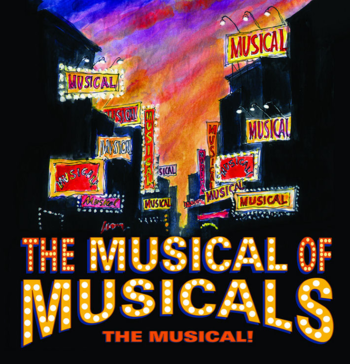 The Musical of Musicals: The Musical! is a 2005 Off-Broadway musical with music, lyrics and book by Eric Rockwell and Joanne Bogart. It retells the same basic plot parodying five famous writing teams.

The same four principals appear in the same four roles, only with slightly different names.

The master plot: Boy loves Girl; Girl can't pay the landlord and seeks advice from Abby; Boy finds a way to pay Girl's rent in time for the finale.

The five musicals within the musical, as presented in two acts, are:

In 2021, the York Theatre held a virtual production

to raise money for a water main break in the theater.