Theatre / The History of the Devil 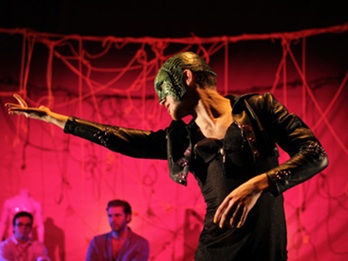 A play written by Clive Barker, detailing the trial of Lucifer. The audience attends as would-be jurors and are transported back in time via vignettes of testimony that illustrate the Devil’s actions throughout history. Notable appearances in the court and during flashbacks include Dante, Jesus Christ and Lilith. The prosecution argues that the Devil’s presence on Earth has had a disastrous effect on mankind, whereas the defense counters that the Devil is – and always has been – man’s greatest scapegoat. The Devil demands that he be found innocent and be released to return to Heaven.