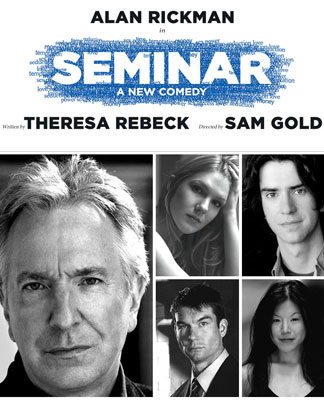 The story begins with four aspiring writers, (all in their 20s, acquainted with each other and living in New York City) who have just hired world renowned writer, editor and teacher Leonard for a 10 week seminar to teach them how to be better writers and help their careers along. And they have absolutely no idea what they've gotten themselves into.

You see, Leonard is a world-weary misanthrope who cannot and will not tell a lie or go along with polite social facades. Leonard only respects the written word, (when it's done right) and that unique synthesis of inspiration, drive, and energy that makes a story come alive, turns its characters into people, and its settings into places that seize the imagination. He doesn't give a damn about much of anything else, (especially people and their feelings or naive delusions) and will pull absolutely no punches in tearing apart writing he finds to be substandard or the writers themselves. Needless to say that is exactly what begins to happen soon after the seminar begins, leaving the four writers struggling to react and respond.

As the weeks go by and the seminar continues, all of the resentments, attractions, lusts, anger, untapped talents and various dramas that the four would-be writers hide just under the surface start boiling over, leading to them having a number of confrontations and changes in their lives.

The four writers are: