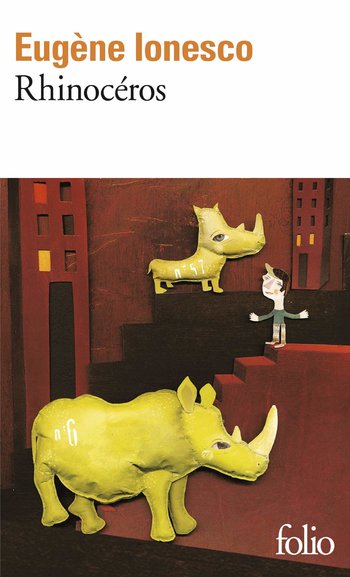 Rhinoceros is a 1959 absurdist play written by Eugène Ionesco. It tells the story of one man, an alcoholic named M. Berenger, who watches in horror as his friends suddenly start to become rhinoceroses. The play is symbolic of the upsurge of Fascism and Nazism that preceded the events of World War II.

A production was put on in 1961, starring Eli Wallach as Berenger, Wallach's wife Anne Jackson as Daisy, and Zero Mostel as Berenger's friend Jean. A 1974 film was also released, with Gene Wilder in the Berenger role as "Stanley", Mostel reprising the Jean role as "John", and Karen Black as Daisy. A newer production in 2007 at the Royal Court Theatre starred Benedict Cumberbatch as Berenger.