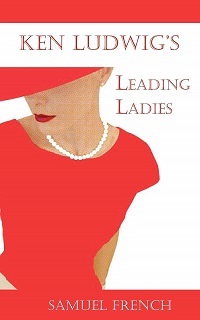 Leo Clark and Jack Gable are two English actors currently touring the Americas with a mashup of scenes from Shakespeare. After being booed off the stage at Shrewsbury, PA Moose Lodge and realizing they're almost out of money, Leo happens upon a newspaper article that seems to offer a way out: Florence Snider, of York, PA, is desperately seeking her sister's long-lost children Max and Steve, last seen in England, to share in her inheritance when she passes. Leo persuades Jack that, as trained actors from England, they could pass themselves off as these lost children and share in the inheritance with the one living niece, Meg. But after settling on the plan and learning more from the gregarious (and sesquipedalian) Audrey, they learn the missing heirs are not nephews but nieces.

Setting off to the Snider residence as "Maxine" and "Stephanie," their task is complicated by a Florence who is very much not dead, Leo falling for Meg (who is engaged to the local pastor, Rev. Duncan Wooley), and an earthy doctor, Doc, and his son, Butch. Somehow, the plan expands to a showing of Twelfth Night, to be performed just before the wedding of Meg and Duncan. And Florence is still holding on...