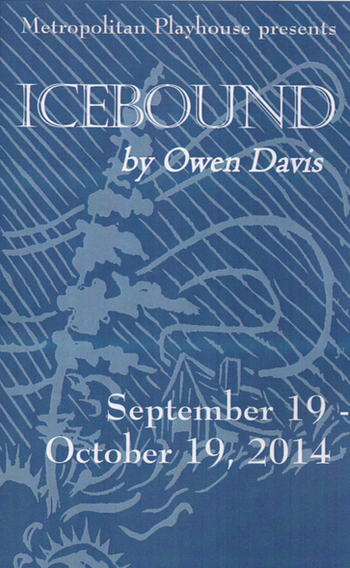 Icebound is a 1923 play by Owen Davis.
Advertisement:

The Jordans are an upper-class family living in Veazie, Maine. The Jordan family has gathered around in the home of dying matriarch Grandmother Jordan. Three of the Jordan children—son Henry, daughters Sadie and Emma—speculate greedily about who will get what from the family estate. The youngest Jordan child, Ben, is not present, since he is a fugitive from the police after being suspected of arson. The only person who seems to care about Grandmother dying is Jane, a distant cousin who was brought to the mansion eight years ago at age 14 to be an assistant to Grandmother. Finally Grandmother dies, but the will contains a big surprise.

No relation to the 2015 visual novel.