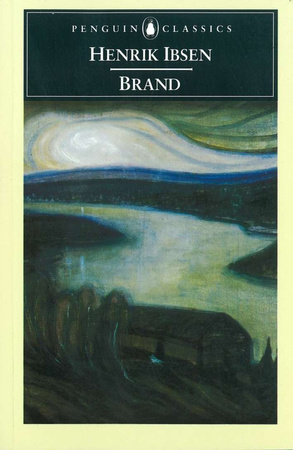 Brand is a dramatic/epic play written by Henrik Ibsen and published in 1866. The play tells the story of a young and idealistic priest, who more than anything else wishes to make society better. His uncompromising attitude alienates him from his parish over time, and he ends up alone in the wild mountains, wondering what went wrong.

The cast, for the convenience of the reader:

This play, or rather, book, marks an early example of Ticket-Line Campout, making the trope Older Than Television. At the sole expectation of the new play of Ibsen coming into print, people massed at the quay to see the boat coming in and loading off the bookstacks. The first edition was sold out soon after, and people were seen discussing the text on every street the following days.

This play contains examples of these tropes: