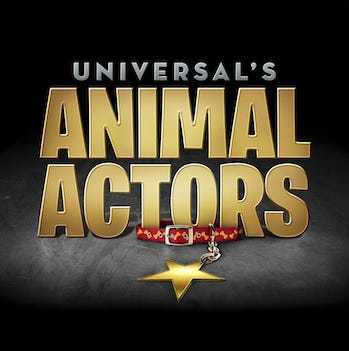 Animal Actors is a show at the Universal Studios parks. From dogs, to birds, to pigs, the show contains a wide variety of animal acts and explanations behind how animals are trained and used in movies.

In 2001, the shows in both Florida and Hollywood were rebranded as Animal Planet Live!, which featured plenty of references to and cameos from people on channel. This lasted until 2006, when both shows were restored mostly to their original versions. Elsewhere, the show at Japan, to tie in with the new Land of Oz area, was re-themed into Toto & Friends, which still featured animal acts, just under a Wizard of Oz theme. This version of the show remained in Japan until the 2010s, when the entire theater was torn down to make room for a Sesame Street play area.

Despite the show's closure in Japan, it still continues to run at the Hollywood and Florida parks to this day.