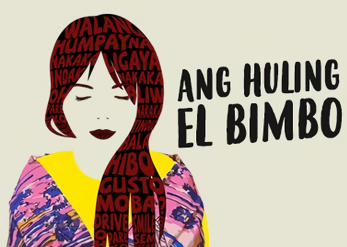 Ang Huling El Bimbo (The Last El Bimbo) is a 2018 Filipino Jukebox Musical written by Dingdong Novenario, based on the songs of Filipino alt-rock band The Eraserheads. It is a coming-of-age tale that follows three boys at a state university in The '90s — the would-be lawyer Emman, the sensitive and closeted Anthony, the well-off film student Hector, and their poor but optimistic friend Joy, whose aunt owns a small food stand that the three frequent. Although the four friends promise to stay together forever, a traumatic event just before their college graduation drives the four apart into unhappy adulthood. However, a tragedy forces the friends to reunite and examine the circumstances that led to this point.

A slightly reworked version of the show ran in 2019.

Waiting for some tropes on a Saturday...