Theatre / A Man for All Seasons 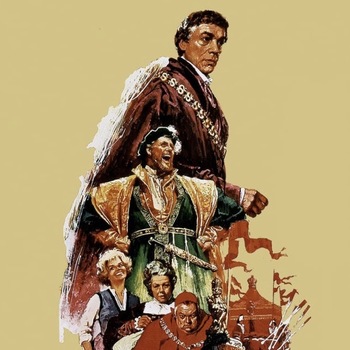 A Man for All Seasons is an award-winning play written by Robert Bolt and Inspired by… actual historic events. After successful runs in London (1960) and New York (1962), it was adapted to film in 1966. The play and the film made a star of Paul Scofield, who won both a Tony Award and an Academy Award for his performance. The movie picked up five additional Oscars, including Best Adapted Screenplay (Bolt), Best Director (Fred Zinneman), and Best Picture. Also in the film's cast are Wendy Hiller, Leo McKern, Robert Shaw, Orson Welles, Susannah York, Vanessa Redgrave, and John Hurt.

Once upon a time — that time being the early 16th century — Sir Thomas More was an English barrister who became the country's Lord Chancellor and the most trusted adviser of King Henry VIII. More was a devout Catholic with a keen moral focus, and his advice was good.

Then Henry wanted to divorce wife Catherine of Aragon, who'd failed to produce a living son, so he could marry the fertile Anne Boleyn. More refused to support this plan; he considered it immoral, and against his religion. The fact that the original marriage had been arranged to help foster peace with another Catholic country (Spain) didn't help.

So Henry decided to Take a Third Option: leave the Catholic Church and found a new one, the Church of England, with himself as its head. More hated this idea and refused to support it; though he'd made a bit of a stink about corruption and abuse of power in the Church, his devout Catholicism forbade him from supporting an outright schism. But pretty much everyone else who was anyone in the government did support the king. More, rather than kick up a protest, decided to resign his post and keep his mouth tightly shut, but the fact that he would not publicly endorse the idea nonetheless made it pretty obvious to everybody that he was against it.

King Henry VIII was now good and angry at Thomas More, and the persecution started in earnest...

In addition to the film, the play has been produced for television at least three times, including a 1988 version starring Charlton Heston which stuck more closely to the stage version, notably retaining the Fourth Wall-breaking Common Man narrator-character.

Tropes associated with the play A Man for All Seasons include:

Tropes added by the 1966 film include:

Alternative Title(s): A Man For All Seasons