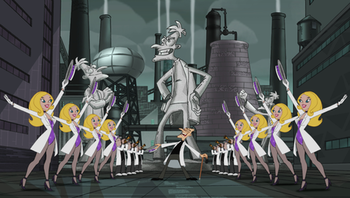 Everyone else is the proletariat, and baby, I'm the bourgeoisie!note Look it up, Joe!