That One Level / Shoot 'em Ups 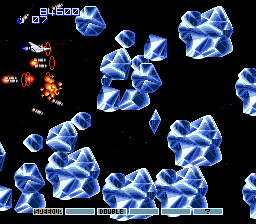 Good luck. You'll need it.
General Pepper: "What are you doing? It's too dangerous there!"
Fox: "I can't leave Slippy hanging!"
— The pre-level dialogue for Titania from Star Fox 64
Advertisement:

Expect to credit-feed your way past some of these shmup levels.