Tearjerker / Yuki Yuna is a Hero 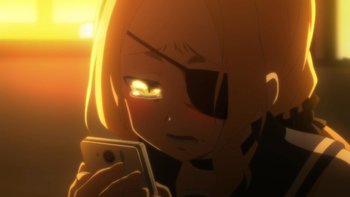 The pain when your sister loses her voice and dreams to sing.

Unmarked spoilers are approaching. Proceed at your own risk!

Nogi Wakaba is a Hero