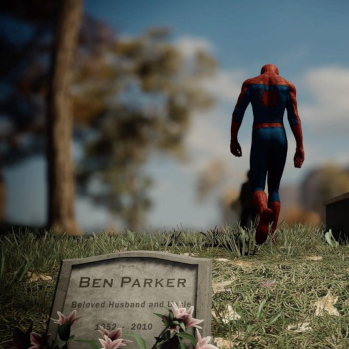 "Hey Uncle Ben, miss you. Doing my best to make you proud."
Because what is Spider-Man without tragedy?

You do what you think is best, Doc.
It's all any of us can.
Even when it hurts like hell.