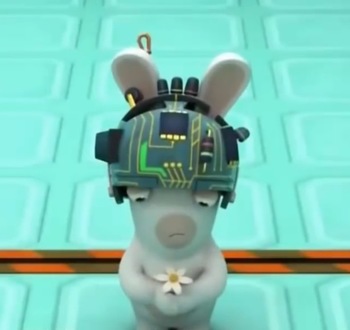 They never got to be together...

Surely a show about insane rabbit-like creatures who speak no decipherable language probably has no possible way of making people cry...right?