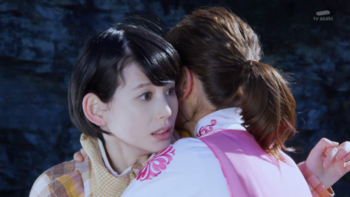 Ui, the comic relief, being saved from suicide.