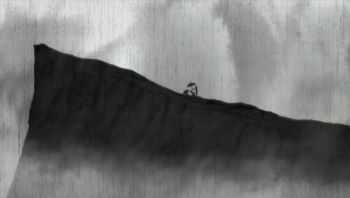 "People despised me... and you were a crybaby."
Advertisement:

The title is definitely not for show. Like many would say, DEVILMAN crybaby is guaranteed to reduce you to tears.

Episode 6 - Neither Demon nor Human

Episode 8 - I Must Know Myself

Episode 9 - Go to Hell, You Mortals