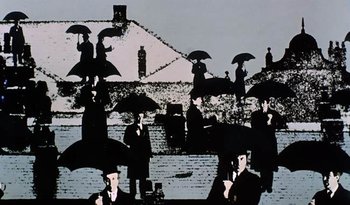 Ah, look at all the lonely people...