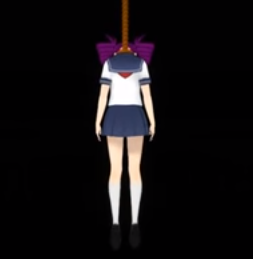 This is all your fault.
This game revolves around the Villain Protagonist eliminating her rivals in any of a number of ways, from social sabotage to good old-fashioned murder. However, there's still some moments considered sad.