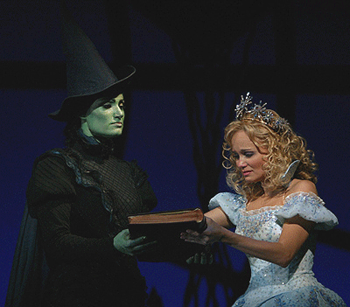 "I have been changed... for good."
Advertisement:

Some things can bring tears to the eyes of even the most wicked of witches.

For the books see here.