Tear Jerker / Whatever Happened to the Man of Tomorrow? 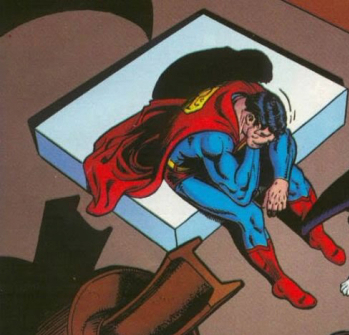 I knew something had upset him. He looked funny. He looked as if he'd been crying.
Advertisement: