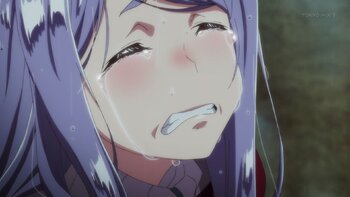 It's not all sunshine on the track.
While the series is all-around light-hearted, there are more than a few moments that will elicit tears.
Advertisement:
open/close all folders

Episode 2: Never Gonna Give It Up!
Episode 5: Unbeaten Champion
Episode 6: Searching for a Reason
Episode 7: A Blessed Name
Episode 8: A Small Wish
Episode 9: Stopwatch
Episode 10: One Day, Without a Doubt
Episode 12: Together
Episode 13: Galloping After Our Dreams