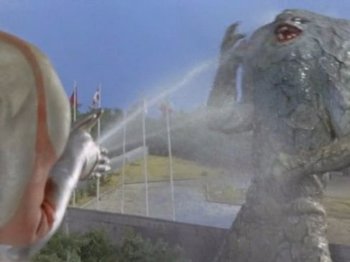 Captain Muramatsu: Jamila, forgive us, but isn't it nice? You can become the soil of this Earth. The soil of your home planet, Earth.
One thing that fans on both sides of the Pacific have praised about the Ultra Series is its ability to genuinely bring out emotions in viewers through its tales of kaiju and superheroes.