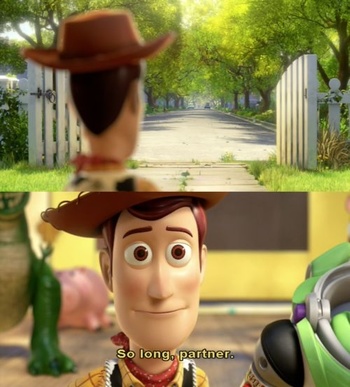 The end of an era.
As the film tetralogy is emotionally powerful, Toy Story 3 in particular gets a special mention, in which it is so powerful that even hearing the story second-hand is enough to make one break down and weep.
Advertisement:
So long, partner.