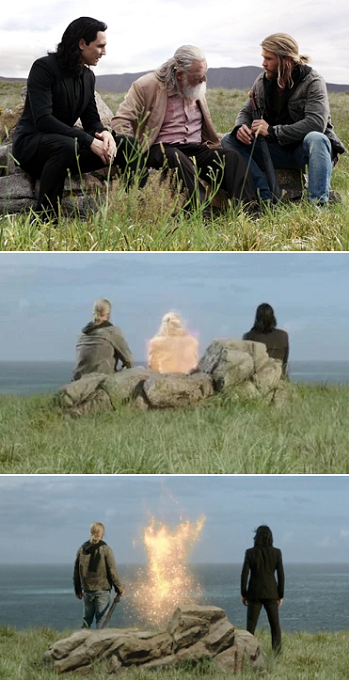 "I love you, my sons."
Advertisement:

Anyone who knows the original Norse Mythology knows that "Ragnarok" would mark The End of the World as We Know It for Thor. Despite its liberties with the original myths, and its overall more comedic tone compared to the first two films, one can tell that this is definitively a downer for Thor.