"Oh dear. I'll have to stay here for always, and no one will ever see my lovely red paint ever again."

Yes, even a children's show about talking steam engines can get real darn sad.

"He was very sad, because no one would ever see his lovely green paint and red stripes again."

The Sad Story of Henry / Come Out, Henry!

Edward, Gordon and Henry / Henry to the Rescue

Thomas, Terence, and the Snow / Terrence the Tractor

Toby and the Stout Gentleman / Toby the Tram Engine

Thomas and Trevor / A New Friend for Thomas 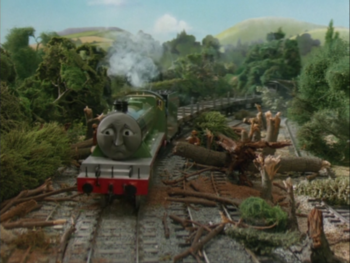 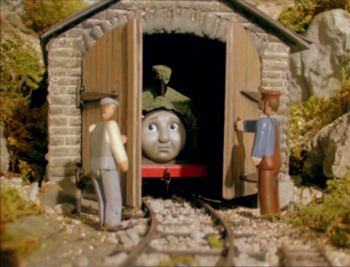 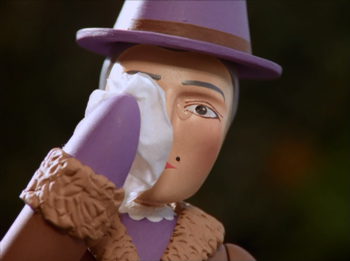 Rusty and the Boulder

What's The Matter With Henry? 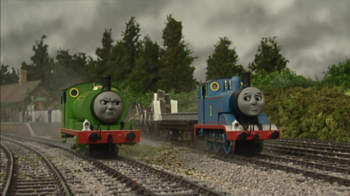 Even your best friend doesn't want anything to do with your bragging anymore.

Thomas and the Rainbow

Thomas and the Birthday Picnic

Thomas and the Statue 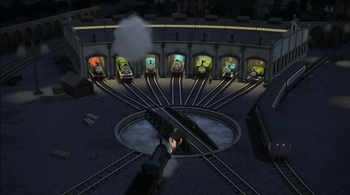 Duck and the Slip Coaches

No Steam Without Coal 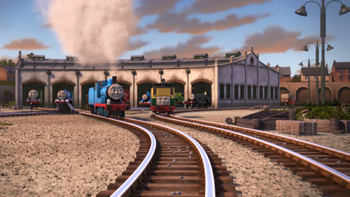 A Shed for Edward

Season 22
Forever and Ever
Season 23
Wish you were Here