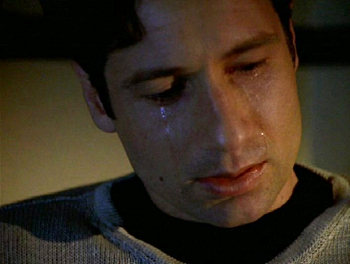 He can no longer believe.
Advertisement:

The X-Files's world is far from happy. Other than the deaths of too many good people thanks to the supernatural, twisted human beings or corrupt higher-ups, there is also the harsh returns to square one in Mulder's and Scully's pursuit for the truth.