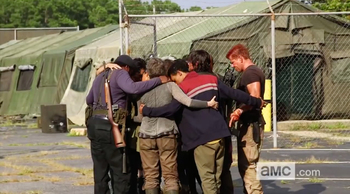 "My flesh, my blood is standing right here."
"People are gonna die. I'm gonna die. Mom... There's no way you can ever be ready for it. I try to be, but I can't. Best we can do now is avoid it as long we can, keep one step ahead. I wish I had somethin' better to say - somethin' more profound. My father was good like that. But I'm tired, son."
— Rick to Carl, "Better Angels"

There's plenty of tears to be shed in the zombie apocalypse. 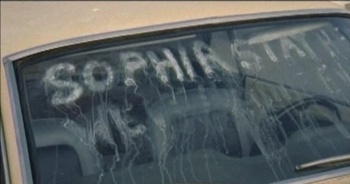 All for Nothing hammered home in the saddest way possible.
2 - Bloodletting 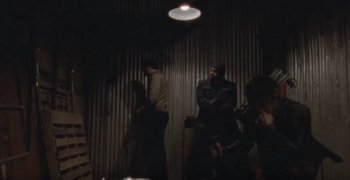 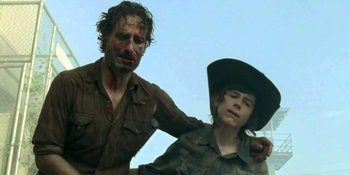 You can, and will lose the people you love in a world gone mad.
Infected 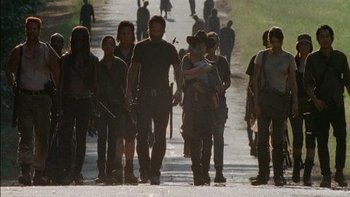 The badass "family" at a serious low.
No Sanctuary

Four Walls And A Roof

What's Happening And What's Going On 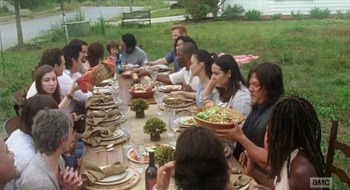 A bright, idealistic, hope-filled future now made impossible.
The Day Will Come When You Won't Be

Sing Me a Song

Rock in the Road

The First Day Of The Rest Of Your Life 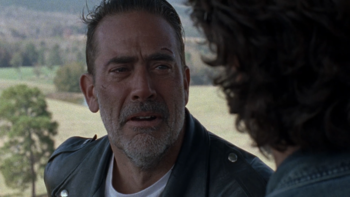 Here's Negan... but not as you think. At all.
Mercy

The Big Scary U

How It's Gotta Be

The Lost and the Plunderers

Dead or Alive Or

Do Not Send Us Astray

The Bridge What Comes After

Who Are You Now?