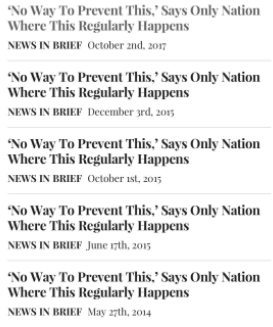 And then there was the time they ran it twice

For a satirical site, The Onion posts a lot of depressing articles.