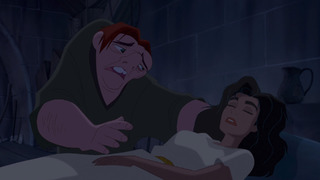 Don't worry, she's not really dead... in this version.