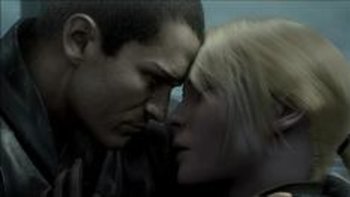 I should have stayed here...