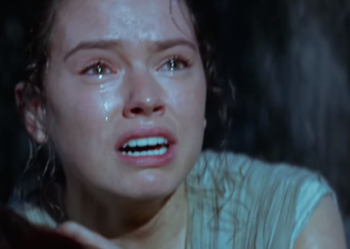 "Whomever you're waiting for on Jakku... they're never coming back."

Thought everything was happily ever after when Palpatine was defeated and Anakin was redeemed? Think again. The Force Awakens proves there's still a galaxy of tears left to be shed.

All Spoilers Are Unmarked