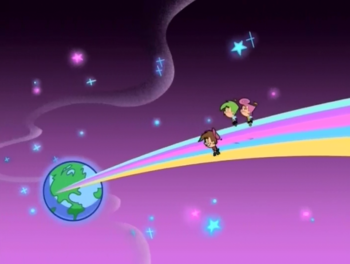 "Can we take the long way?"

Channel Chasers has its own page.

Alternative Title(s): Schools Out The Musical