Tear Jerker / The Death of Superman 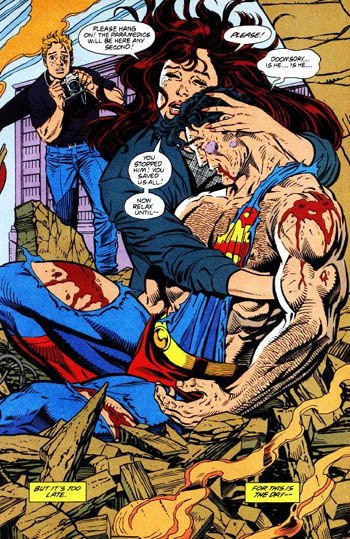 If the name itself didn't tip you off, then this comic is one hell of an eye-waterer.