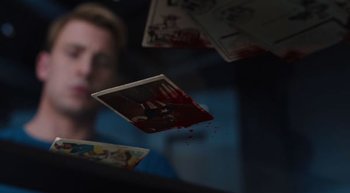 "I guess he never did get you to sign them."
Advertisement: